Today we look back at a key element of a vehicle's performance on ice: the studded tyre. 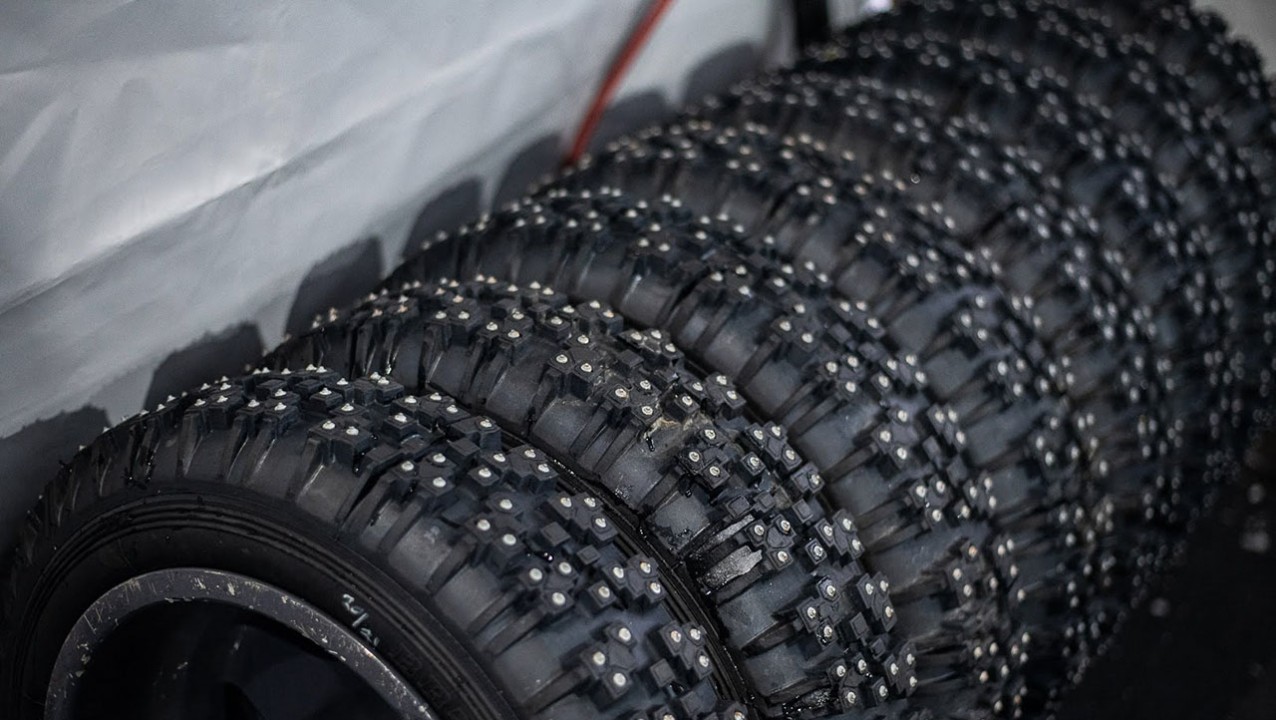 Today we look back at a key element of a vehicle's performance on ice: the studded tyre.

Tyres for driving on ice

Studded tyres have studs in the tread to improve the car's grip and traction on ice or snow.

They were born in 1933 in Clermont-Ferrand, France. At that time, there were between 100 and 150 studs per tyre. Then in Finland, the Nokian company took over the market in the 1960s and developed the current studded tyre with hardened metal points.
Although they are authorised in France for everyday cars, their use remains highly regulated. It is almost impossible to find them on the market. They are only allowed between November and March. Outside these periods, you will be fined. It is also compulsory to affix a sticker on the lower left-hand side of the bodywork and not to exceed 90 km/h. Studded tyres are unbeatable on ice and snow and are very effective in preventing skidding.

There are studded tyres specifically dedicated to motor racing and in particular to ice races such as the Andros Trophy (link to the article on Andros). The world's biggest ice racing event requires specific and adapted equipment. Yokohama France has been a partner of the Andros Trophy since 2011. The brand supplies the tyres for the competitors and fits them. These are studded tyres with a size of 10/62 R16 and 350 studs on the circumference, exceeding the rubber blocks by 3 mm, for maximum grip on the ice.

A very important factor in boosting performance is the level of pressure you put in your tyres. This must be adapted to the current situation, by observing the condition of the tyres and the track (sharp ice, tar, etc.).

It is important to know that a run-in tyre performs better than a new tyre. However, tyres wear out very quickly and are only effective over a short period of time. The consultation between the rider Aurélien Panis and his engineers was essential for the best decision to be precise and to gain grip. They have to be extra observant to adapt to each race. The strategy is crucial for the results.

The key is to start by using high pressure (over 2 bar) to break in the tyre. This takes place during the free practice sessions. Over the course of three laps, the break-in will "break out" the nail and increase its sharpness.

Once the tyre has been broken in, you need to continue to look for the most suitable grip for the qualifying sessions. On rough ice, it is necessary to return to standard pressures, between 1.2 bar and 1.8 bar, to maximise grip.

If the track deteriorates and the tar starts to appear, the tyre can be damaged very quickly. The stud will become rounder as it rubs against the tarmac and the tyre will lose its grip. To maintain the shape of the stud as much as possible, the tyre pressure should be reduced to below 1.5 bar.

It's a meticulous and precise job. In the Andros Trophy, each driver was allowed to use only four tyres per race. It is essential to remain reactive, to be on the lookout for the slightest change to maintain the best performance.